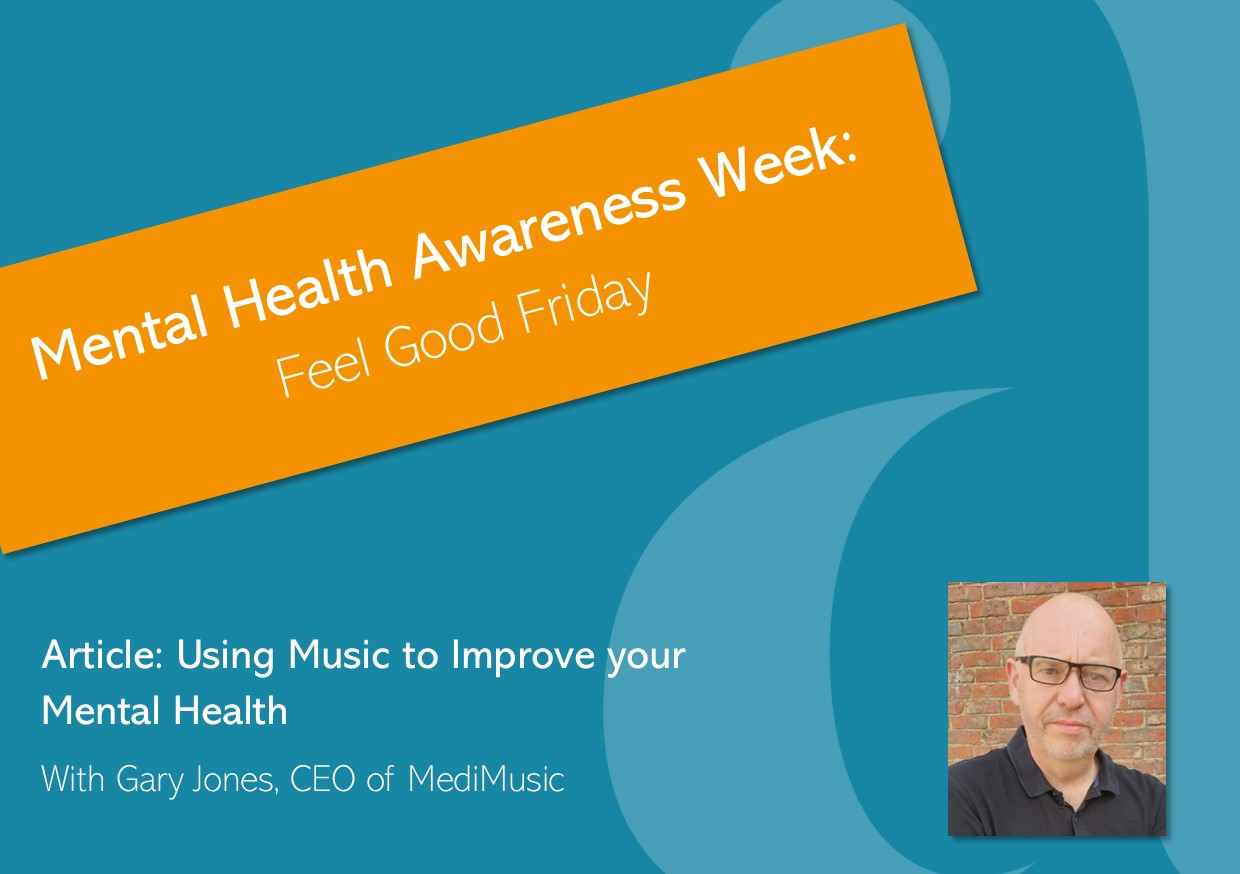 We have all self-medicated with music at some point in our lives. Whether it's listening to a playlist of relaxing tracks on a lazy Sunday morning or turning up the volume for some up-tempo music when getting ready to go out for the night, music is transformative. It can lift the soul, calm our anxieties or keep a mood constant.

In these difficult times, particularly with respect to the worry and mental strain that COVID-19, and the accompanying lockdown is creating, there's no more better reason than to dust off your vinyl, break out your old CD's or fire up a streaming app to pick some tunes that will help soothe and elevate your spirits.

But can music really have an ongoing positive effect upon mental wellbeing?

There’s no question that music and mental health have a strong, symbiotic relationship. This has been noted and commented on as far back as the Greek philosopher Plato, and then through the ensuing years by the likes of Friedrich Nietzsche, George Eliot, Leo Tolstoy, Albert Einstein and Martin Luther King, who said, ““My heart, which is so full to overflowing, has often been solaced and refreshed by music when sick and weary”.

Furthermore, since the early 1960s literally thousands of peer-reviewed studies and clinical trials have investigated the impact music has on us and its benefits to a multitude of health cases from mental health, dementia, pain relief, autism, palliative care, Parkinson’s, physio-recovery and many more. In fact, there are literally no illnesses or health uses to which a benefit cannot be brought.

A 2011 key study published in Nature Neuroscience showed that levels of dopamine, the ‘feel-good’ neurotransmitter, were found to be up to 9% higher when volunteers were listening to music they enjoyed.

The human physiology and musical DNA

To understand why this is, and the particular impact upon mental health we need to understand the science and effect music has upon the human physiology.

The brain responds to music more than any other stimulus. There are ten areas of the brain that are influenced, the key  being the Nucleus Accumbens and Amygdala, both found in the middle and which facilitate the emotional response to music;  the Motor Cortex, associated with foot tapping or dancing and the associated rhythm or tempo; the Auditory Cortex, which is fundamental in the first part of the process when listening to sound by driving the perception and analysis of tone, and the most important area called the Hippocampus - this holds the memory for musical experiences and context.

Collectively these core areas of influence are known as the Limbic system. Its importance is substantiated by the act that numerous studies have shown this to be an area that is last affected by Dementia.

When we listen to a tune we consume it as a whole, but if its constituent ‘DNA’ is examined in more detail, the relationship with the various parts of the brain become apparent.

A piece of music consists of tempo, rhythm, harmony, the resulting relationship between rhythm and harmony, and events like musical onset where a chord or instrument is struck. All effecting the relevant brain areas both individually and as a combined whole.

Stress and the influence of music

The relevance is best demonstrated by the influence music has on the human physiology and stress – the physiological state that results in a quickening of your pulse, a burst of adrenaline, the redirection of blood away from extremities to major organs and finally the release of the stress hormone, cortisol. The production of cortisol and heart rate are dynamically linked, and controlled by the Autonomic nervous system.

The stress response can actually cause harm as outlined by Dr Susanne Babbel Ph.D. MFT, “During a traumatic event, the nervous system goes into survival mode (the sympathetic nervous system) and sometimes has difficulty reverting back into its normal, relaxed mode again (the parasympathetic nervous system). If the nervous system stays in survival mode, stress hormones such as cortisol are constantly released, causing an increase in blood pressure and blood sugar, which can in turn reduce the immune system's ability to heal. Physical symptoms start to manifest when the body is in constant distress”.

We all recognize a ballad or lullaby as being relaxing and recognise the conclusion of Tchaikovsky’s 1812 overture as more rousing. This is an innate biological reaction to the energy and patterns in music, common to all human beings regardless of culture or musical preference or condition. This response is driven by two branches of the autonomic nervous system, called the sympathetic and parasympathetic nervous system (often called the Primitive Brain) and it is their arousal state that drives the physiological response to music.

A 2013 study by Zurich University into the effects of music upon stress found that those who had listened to music recovered more quickly following a stressor.

So, what does this mean? Effectively to reduce stress and anxiety, and other mental health conditions that create cortisol we must influence the parasympathetic nervous system and reduce the heart rate.

There are several effective ways to reduce the toll of stress by listening to music.

Professor Nigel Osborne, Emeritus Professor of Music and Human Sciences at Edinburgh University, is a leading authority on the benefits of music to health and its interaction with the human physiology. He was a pioneer of developing methods using music to help traumatised children in zones of conflict.

He explains the approach undertaken by traditional music therapists is “step-by-step by determining the music that a patient easily engages with first.

The most prevalent practice in the UK is called the psycho-dynamic approach”, says Professor Osborne, where you try and place yourself in the position of the person you are working with. In a sense it is like entrainment where we want to go with them on a musical journey to a point of less stress and more relaxation via music”.

According to Professor Osborne it’s a question of finding the right music to achieve the objective and balance, possibly trying other genres to get to the relaxed state.

Technology is increasingly helping us understand the human physiology and how it responds to a stimulus. The advent of digital music and algorithmic advances is also allowing greater deconstruction of the digital DNA of sound and its influence. When combined its not difficult to see why the benefits of music to health is a fast-emerging science that will one day see something we have enjoyed for years for pleasure evolve into a definable, valuable and non-invasive health benefit that can be prescribed in a similar way to that of more conventional drugs.